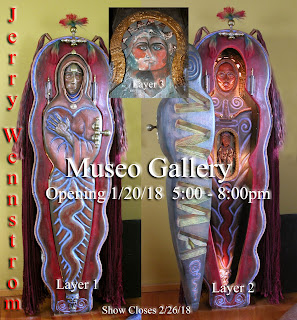 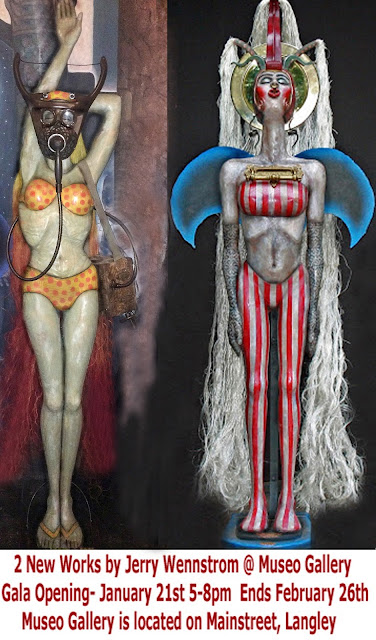 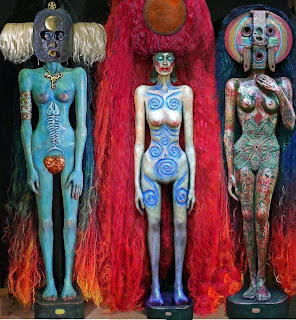 Jerry will be exhibiting his latest,  "Three Graces," at Museo Gallery's Winter show.   "Three Graces" can be seen in more detail in the "Woman Standing" series.

Brightening up the cold days of January, Museo’s iconic winter show “Komikon” seeks to explore the impact comic books, cartoons, graphic novels and various forms of computerized animation have had on the arts.
Be prepared to see superheros never before revealed.  Creatures, both known and unknown, will festoon the gallery walls.  Is there a dark side to Mickey Mouse, will the Queen of Hearts prevail over Alice,  can White Out Man erase past mistakes?  Twenty-five artists will contribute to the exhibit.
Don your costume and head down to Museo on January 19th for the opening reception.  Expect surprises and come ready for fun from 5 to 7 PM. This opening will replace the February 2 usual opening date.
The gallery will be closed January 1 through the 18th to prepare for this exciting show.
215 First Street/P. O. Box 548
Langley, WA 98260
360.221.7737
http://www.museo.cc Open 11-5, Tuesdays by appt.


"Just Art" - A New Video
Music by Susan McKeown, Natalie Merchant and Marilyn Strong
(Thank you for allowing us to use your music.) 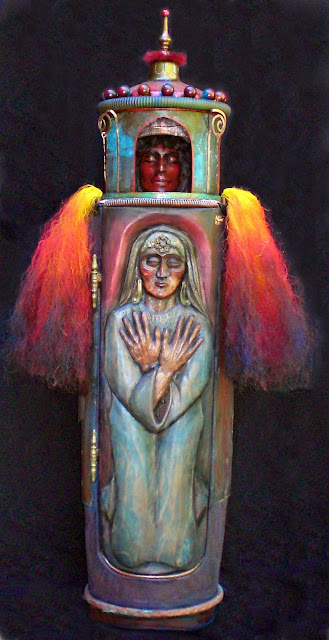 In the Hands of Alchemy:

Madison, Wisconsin Visit June 14-17,  Public Events
Lecture and Museum Tour at the Chazen Museum of Art
Thursday, June 14, 5:30 p.m., Chazen Museum of Art, 750 University Avenue, Auditorium
A lecture with images of Jerry’s visionary multi-layered, interactive sculptural figures, gleaned and transformed from found and created objects, followed by a discussion of artworks in the Chazen permanent collection that make similar use of found/recycled/reclaimed objects.

Hands-on workshop at the Children’s Museum
Friday, June 15, 1:00-3:00 p.m., Madison Children’s Museum, 100 N. Hamilton Street
Join Jerry in a fun and fascinating process of creating an art piece from recycled and repurposed materials. You can bring some of your own objects to add to the museums rich supply.
Children and adults are invited.


Jerry is an artist who found the courage to base his life on following the truth of his creative spirit. Through a cycle of death and rebirth of his creative vision, Jerry has been initiated into a place of mystery that is reflected in his artwork and his life, touching the vast complexities of the collective unconscious. His stories and insights deeply move and inform.

Events sponsored by Art at the Threshold (www.artatthethreshold.org), UW-Madison Office of Human Resource Development and UW-MANIAC (Madison Area Network for Innovation and Collaboration) 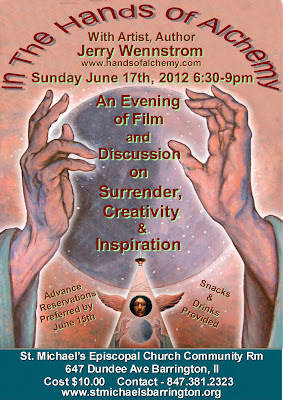 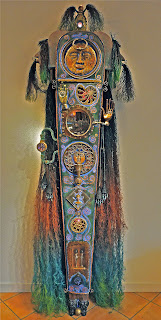 Here is a little about an art show Jerry is participating in this month.
January at Museo Gallery
Steampunk
Gala Opening ~ Saturday, January 28th, from 5 to 7pm
This January and February MUSEO will feature works primarily by local artists during its “Steampunk” show.
The Art works are both two-dimensional and sculptural, reminiscent of the spirit of adventure, invention, and craftsmanship of the early 19th century.
These themed shows are intended to be inspirational to artists, have a dark and light side, and inspire costumes and performance art during the artist’s reception.
Don your top hat, Victorian clothing and jewelry, and head on down to Museo for this gala opening on Saturday, January 28st from 5 to 7 pm.
The show will run through February 27th.
(360) 221-7737
215 First Street
Langley, WA 98260
museo@whidbey.com
http://www.museo.cc/index.html
Winter hours at the gallery are:
Thursday through Monday from 11 a.m. to 5 p.m.
Steampunk is a sub-genre of science fiction, fantasy, alternate history and speculative history. Steampunk involves a setting where steam power is still widely used—usually Victorian era Britain or “Wild West”-era United States—that incorporates elements of either science fiction or fantasy. Works of steampunk often feature anachronistic technology or futuristic based on a Victorian perspective on fashion, culture, architectural style, etc.
Various modern utilitarian objects have been modded by individual artisans into a pseudo-Victorian mechanical “steampunk” style, and a number of visual and musical artists have been described as steampunk. 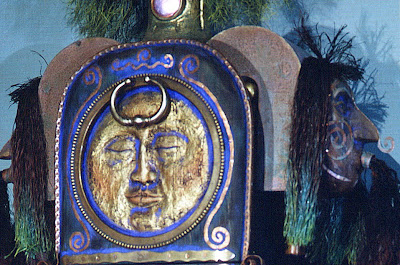 The Alchemist
Jerry Wennstrom
9’ X 2 ‘X 2’
The Alchemist has several lighted chambers and a windowed door that accesses a working steam engine.

There is a lighted red crystal slowly spinning behind a brass chambered nautilus in the heart area of the piece. In what would be the pubic area of the Being, there is a bronze door with a 3 dimensional skull cast into it.

Inside the door is a gas burner. When a fire is lit in this chamber, a small boiler is heated, which activates a steam engine situated just below the heart area of the Being. Once the steam engine is running, the piece comes alive. A small Goddess dances in the compartment where the steam engine is housed. The exhaust from the steam engine comes steaming out of the mouth of a carved face in the middle of the art piece. The steam that condenses into water drips into a brass funnel and is recycled into the steam boiler.

In the right hand of the Being is a glass crystal. Turning the crystal opens the upper chamber revealing a carved mask with wild hair. When the door opens the mask comes out of its chamber, looks around and then returns to the box. There is a hidden control panel on the side of the piece with buttons on it. When a button is pushed, the Being does something that sounds like Tibetan chanting. The sound is made from a series of 12 buzzers placed in sets of 2 that run the full length of the piece. The buzzers go off in sequence up and down the length of the box. Because of the overall “V” shape of the piece the buzzers resonate at a slightly different pitch in the different areas of the box.
Here are a few other items you might be interested in:

THERE'S A NEW FEATURE FILM ABOUT JERRY'S LIFE
It is not a documentary this time but a feature length film, done with actors. The film is being directed by award winning Danish film director Hans Fabian Wullenweber.
See film trailers and
MORE HERE

A.I. is a Hollywood Based Celebrity Magazine
which also celebrates the life and art of its late Uruguayan cofounder


Jerry got to know Mauricio over the last years of his extraordinary life.


He was a gentle, loving and brilliant man -- creative in every way.


His work lives on through the dedicated efforts of his loving mother, Marisa Darnel.

All Things Healing
is doing a major feature of Jerry's work, which will include Interviews, video, articles and a review of The Inspired Heart.

Here are a few of items recently posted: 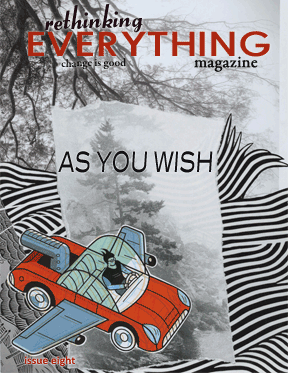 "Reverent Generosity"
"What is Your Intent"Video:
Creative Imperative
Video with David Whyte and Jerry Wennstrom 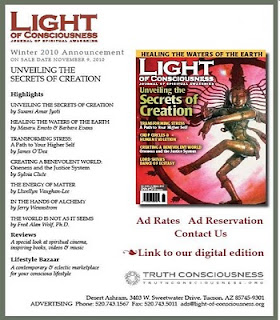 Light of Consciousness Magazine
November 2010 IssueArticle and Art Feature
"In the Hands of Alchemy"
by Jerry Wennstrom
www.light-of-consciousness.org 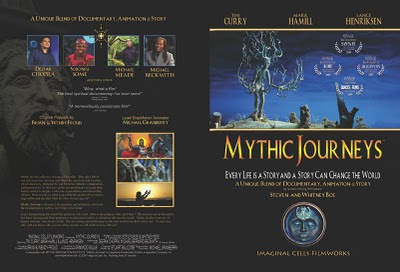 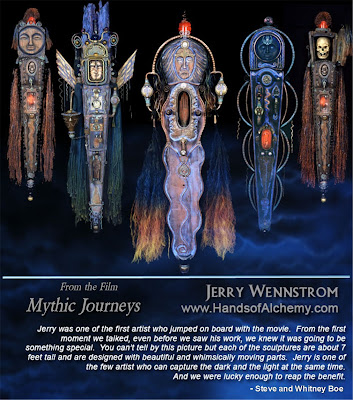 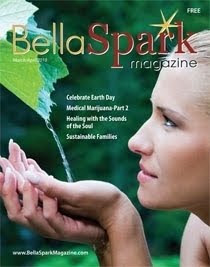 Bela Sparks Magazine
"Surrendering to the Mystery:
An Interview With Artist Jerry Wennstrom"
March/April Issue
You Can Read the Article on Line HERE
www.healingpath.com

The Magic of Being Magazine
Feature Article "Creative Wandering: A Deeper Service"
by Jerry Wennstrom
Currently on line HERE

"Making it Out Alive"
Radio Interview with Jerry

"What We're Thinking About"
Radio interview with Jerry (Live show)

An Interview and Art Feature with Jerry on Creativity Portal
HERE
&

Read the response by Inferential Partner, Ken Hey to the event on Vicki's Blog~~~~~*~~~~~

The Inside Edge Foundation for Education, University of C.A. Irvine
A Creative Experience With Marilyn Strong and Jerry Wennstrom 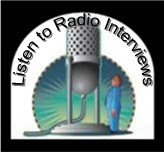 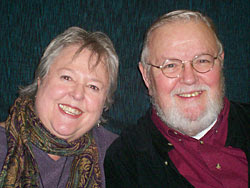